TransUnion’s latest Market Trends report found that Canadian consumers continued to add to their debt levels in 2014, with average balances per consumer (excluding mortgages) rising 2.3% from $20,945 in Q4 2013 to $21,428 in Q4 2014. This reversed a deleveraging trend observed over the course of 2013.

“Canadians began to deleverage during the latter half of 2013, but our latest data show that consumers once again increased their balances throughout much of 2014,” said Jason Wang, TransUnion’s director of research and industry analysis in Canada. “This trend is likely to continue after the recent rate cut by the Bank of Canada made borrowing more affordable. 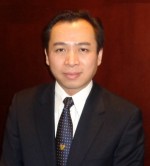 It’s clear that consumers are finding good opportunities in the line of credit and installment loan areas, and they are preserving these relationships by making on-time payments...Most financial institutions are finding this to be a great area to lend, with declining delinquency levels a positive sign for both lenders and consumers.

“It’s clear that consumers are finding good opportunities in the line of credit and installment loan areas, and they are preserving these relationships by making on-time payments,” said Wang. “Lines of credit make up 40.4% of all non-mortgage debt balances – an increase from 39.6% last year. It is therefore understandable to see consumers prioritize payments to this product class, which enjoys one of the lowest delinquency rates as a result. Most financial institutions are finding this to be a great area to lend, with declining delinquency levels a positive sign for both lenders and consumers.”

Most provinces and major markets experienced significant increases in their debt levels, although oil-rich cities such as Calgary and Edmonton saw small declines. “Both consumer debt and delinquency performance usually lag behind general economic conditions. We will monitor the market closely over the next few quarters to see just how big of an impact declining oil prices might have,” said Wang.

TransUnion's report also observed credit card trends for various generations, bringing to light the fact that Gen Y borrowers (those born between 1980 and 1994) are not as risky as some may believe. TransUnion data show that Gen Y borrowers had a 90-day or worse credit card delinquency rate of 2.76% at the end of 2014, actually 10 basis points lower than the 2.86% rate for Gen X (those born between 1965 and 1979).

Despite having comparable delinquency rates, Gen Y borrowers tend to be assigned much lower credit limits than the older generations. Their average credit card limit of $8,070 is less than half of what Gen X is usually assigned ($16,584). As a result, Gen Y consumers have higher utilization on their cards.

“Credit limits are assigned by lenders based on the risk of the consumer,” said Wang. “While the distribution of risk may be different between these two generations—as they may be at different life stages and with different employment profiles—it’s interesting to see that, on average, the delinquency rates of the two groups are quite similar. Lenders might benefit from taking a closer look at this interesting dynamic—it may present an opportunity to further engage younger consumers to build loyalty and long-lasting relationships.”

TransUnion’s Market Trends is an in-depth, full population-based solution that provides statistical information every quarter from TransUnion’s national consumer credit database, aggregated from virtually every active credit file on record. Each file contains hundreds of credit variables that illustrate consumer credit usage and performance. By leveraging Market Trends, customers from a variety of industries can analyze industry trends over an entire business cycle, helping to understand consumer behaviour over time and across different geographic locations throughout Canada. Businesses can access more details about and subscribe to Market Trends at http://www.transunion.ca/ca/business/business_en.page.

Canadian Digital Fraudsters Increasingly Target Insurance Industry in First Half of 2022
High Interest Rate and Inflation Challenges Create Financial Stress for a Segment of Vulnerable Canadian Borrowers
Financial Confidence Dwindles Among Canadians Despite Majority Feeling Household Finances are as Planned or Better so far in 2022
Canadian Credit Market Surges as Economy Recovers
Rate of Suspected Digital Fraud Attempts Coming from Canada Decreased 41% as Fraudsters Recognize More Businesses are Implementing Fraud Prevention Measures
More than 9 Million Canadians are Either Credit Unserved or Underserved; Approximately 14% Migrate to Being Credit Active Every Two Years
About Us
Client Support
Information for
Contact Us
Have questions?